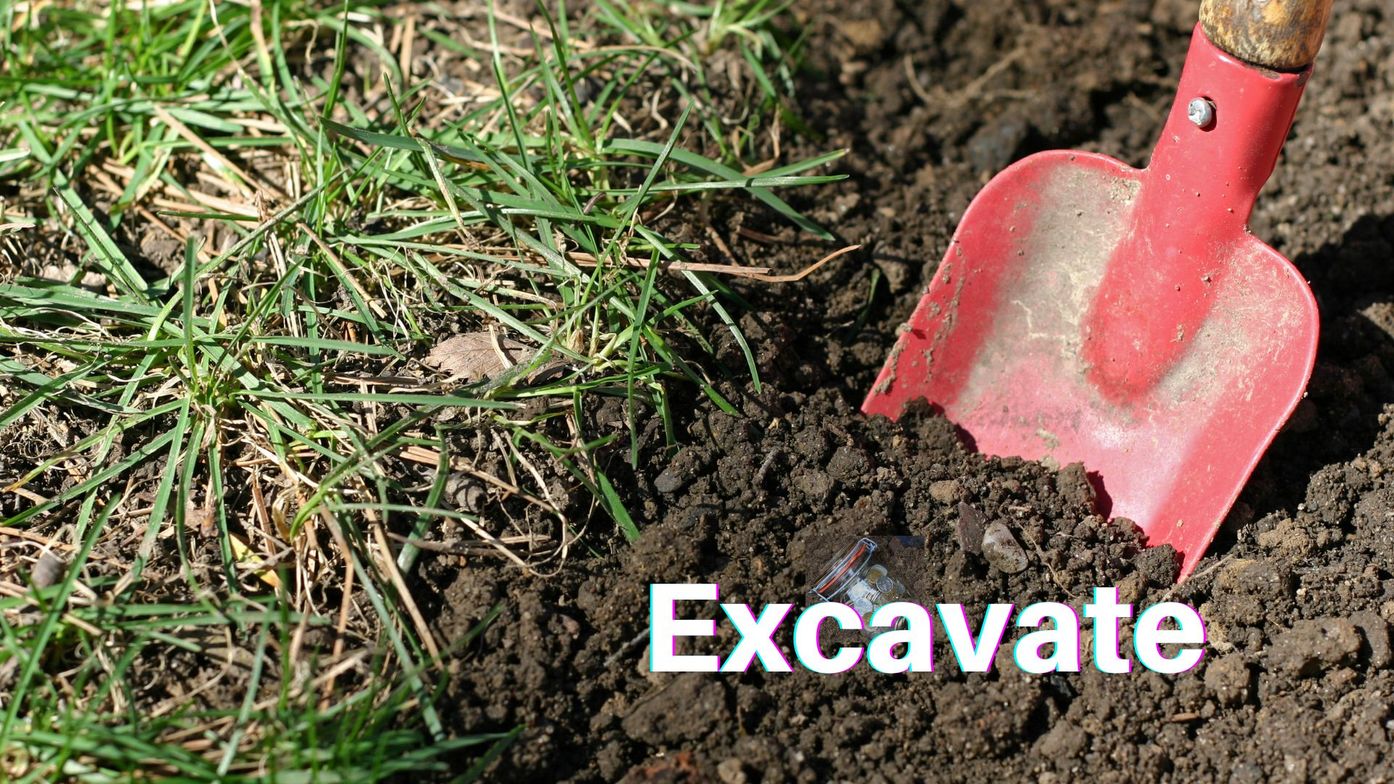 Reminisce to second and third grade -- outdoors -- the backyard begs for exploration. My backyard had an ancient storm shelter resembling a large sunken time capsule. It was my stage set for, “Lost In Space.” Then there was a broken down, turn of the century shed, loaded with odds and ends. This is where I found a civil war sword and sheath stowed away in a corner. My backyard of messy mimosa, and tall grass lining the alley, awaited more investigation. Grab a shovel and dig until you reach the earth’s boiling core, or at least some unusual artifact.  What kid in the 60’s and 70’s didn’t want to dig a big hole in their backyard and discover buried treasure!

When did this fascination of hometown archeology come to a screeching halt? When the word “responsibility” was introduced.  Ninth graders don’t have time to search for treasure, they’re wading through homework, school clubs, sports, and video games. For adults, creative imagination is funneled to our jobs, spinning ideas that increase performance in our workplace. The fascination and wonder of laborious digging for small treasures is replaced by surfing for cargos of data delivered by Microsoft systems and other corporate data giants. This is the path society has carved for us and we happily comply.

God is not against our search for knowledge and the application of theory and systems, although subconsciously I push back an image of the tower of Babel. The Word, never passive, deconstructs erring philosophies and habits of influence we’ve absorbed from society, and redirects us back to our Creator.  Made in His image, our minds are inquisitive, and seek “more.”  The “more” is a God-invitation to revive the “wonder” and restore the hunt for buried treasure.  Within 66 books of God’s story are gems, assigned to you.  The King of creation longs for you to open the pages, plunge into His story, envision the tension, the victories, and believe! He invites you to become an archeologist and uncover Scriptural artifacts to boost decision making, impart wisdom, and breathe new life into relationships.

Posturing ourselves to listen and receive as we open the word, allows the Word to perform its work within us.  Philippians 2:13 says, “For God is working in you, giving you the desire and the power to do what pleases him” (NLT)  In this context the word “work,” is energeo, meaning, God energizes your soul like an “electrical current energizing a wire, bringing it to a shining light bulb” (https://biblehub.com/greek/1754).  His energy empowers us to do the work He’s prepared. God also enables us to remember His word. My gem -- recently God directed me to I Thessalonians: “And we also thank God continually because, when you received the word of God, which you heard from us, you accepted it not as a human word, but as it actually is, the word of God, which is indeed at work in you who believe” (NIV). Now guess what the reference is . . .  2:13!  The I Thessalonian and Philippian verses share the same reference, with the same Greek meaning of energeo. A small gem God helped me uncover and commit to memory!

There is treasure for you, in God’s word. Expect it.  Expect the living, breathing Word to refresh your bones and guide your feet. Open the word, be with the Word, dig up the gems!  Excavate!

Excavate Growing in God's Love Why Did We Update the Website?